The year was 2016.  Phenomenal discoveries were made which may have life changing implications that range from better understanding the various forms of waves (i.e. light, x-rays) to finding new extraterrestrial objects to explore, such as the newfound potentially water bearing planet dubbed Proxima b. A global collaboration of scientists measured massive colliding black holes producing gravitational waves. This measurement validated Albert Einstein’s 1916 prediction of the existence of these waves in his General Theory of Relativity.  This collision actually occurred about 1.3 billion light-years away, but by the time the waves reached earth they spread like ripples and washed over earth in September 2016.  Scientists are using this discovery to see if there is any connection between gravitational waves and other waves such X-rays, radio, and light. 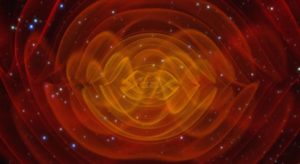 These discoveries show the importance of science. Unfortunately, the church has not always been welcoming of science. In 1633, Galileo Galilei was convicted of heresy for his teachings on the universe being heliocentric (sun is the center of the solar system) versus being geocentric (earth is center of solar system). The latter was the belief held by the church. As a result, he spent the rest of his life under house arrest.  It took centuries to prove that his theory was correct.

Today we have a better appreciation of the value of science, knowledge, and wisdom. Divine wisdom is apparent in the created order and guides how we are to live in it. “We are called to live according to God’s wisdom in creation (Proverbs 8), which brings together God’s truth and goodness. Wisdom, God’s way of governing creation, is discerned in every culture and era in various ways. In our time, science and technology can help us to discover how to live according to God’s creative wisdom”. (Social Statement, “Caring for Creation: Vision, Hope, and Justice” (1993)).

Human wisdom is primary and fundamental to life.  When Solomon was given the opportunity to ask God for anything he desired, he chose wisdom (1 King 3). Wisdom synthesizes knowledge and experiences into conceptual visions and realities.  Knowledge is a tool while wisdom is the craft in which the tool is used.   God provides humankind with unique abilities compared to the rest of creation, namely to reason, research, analyze, and strategize. Wisdom allows us to make use of God’s gifts and deploy them in ways to give us a better understanding of this world; and to follow through on our mandate to be stewards of all of creation. We use wisdom in science to gather together scientific information and discoveries to further our understanding of our environment.

For example, science is the nucleus of our ability to understand the impact of the warming of the earth due to the accumulation 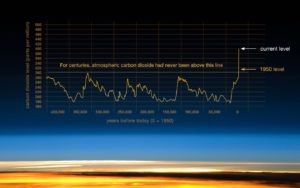 of greenhouse gases such as carbon dioxide in our atmosphere.

It is through science that we find the mechanism to alert us of problems that warrant our attention.  It is through our God-given wisdom that we utilize science to be God’s stewards while we are here on earth. Value science. Embrace it. Thank God for the gift of human wisdom that enables us to use science for the benefit of all. Let us pray.

Healing God, forgive us that we see dry bones in places where you see the full vitality of life.  Help us to remember that life comes from you alone.  You alone are the Creator of the universe; you alone are the savior of the whole world.  Help to celebrate the vision of life and to tend to the needs of your world.  Amen2