“Lord my God, I called to you for help, and you healed me.”

Caring for the Caretakers

For decades, the Middle East has been a region of tumult. Civil wars, political instability, and an increased number of refugees and displaced peoples have impacted millions. In countries like Egypt, Iraq, Lebanon, and Syria, the majority of the population has been affected by some kind of strife. The collective trauma of the region was a sign to the Middle East Council of Churches (MECC), an ecumenical partner of the ELCA, that there was a need for help. 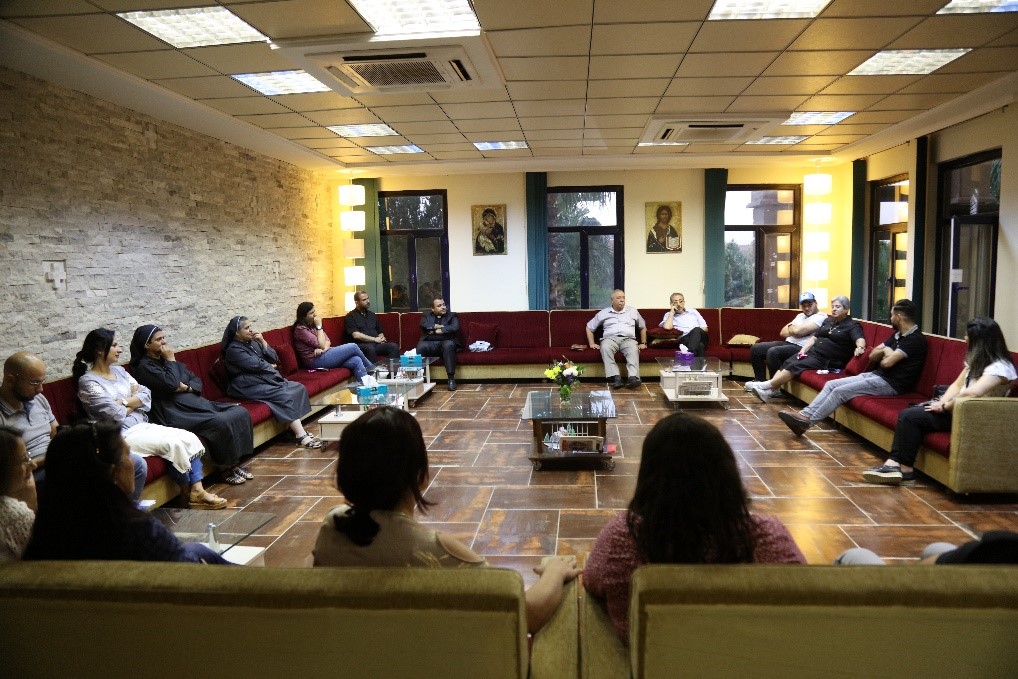 Leaders in the MECC saw how the turmoil in the Middle East negatively affected the emotional wellbeing of people across the region. In 2018, the Theological and Ecumenical Department of the MECC began a Trauma Healing and Spiritual Counseling program to address the mental health issues in communities throughout multiple countries. A few months after the program began, Lutheran Disaster Response began supporting its development.

However, healing as a community begins with individuals. As one of the participants stated, “We need to be healed at a personal level. Without the [program] I would have run away from the problem.” To address personal emotional and spiritual health, the program had three main objectives: provide psychological, moral, and spiritual healing to participants, provide training to identify strategies and coping mechanisms to respond to trauma, and build a network among ministers and laypeople from different contexts to share their experiences with each other. Because clergy are often in the position of counseling and supporting those who have experienced trauma yet have no one to turn to in dealing with their own mental health, developing techniques to manage their personal trauma was an important first step in helping entire faith communities heal.

Since 2018, the ongoing Trauma Healing and Spiritual Counseling program has held multiple workshops throughout the Middle East, originally targeting ordained ministers and later expanding to include laypeople. As faith leaders, they were able to develop their mindsets to better serve their communities. When asked about the workshop, a faith leader said it was “a new experience, as if I was in a spiritual exercise. I felt that it was important to build myself for the sake of my internal peace. I learned how to transfer the information to the others and how to make decisions without hesitation.” 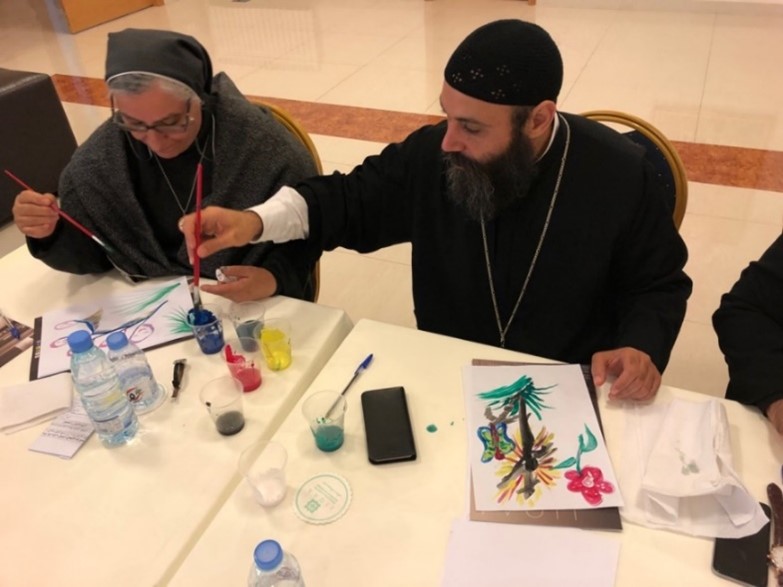 he array of sessions took varied approaches to address different aspects of trauma, how to work through them and how to build resilience. “I started to better hear what is going on inside me, to think of others, especially my children. I started to feel my ability to confront. I learned to absorb anger,” said one participant. “The sessions – the personal and group sessions – helped to empty myself and to listen well.”

During post-workshop evaluations, many participants voiced similar reactions. The feedback was overwhelmingly positive as faith leaders expressed a new understanding of the trauma they experienced and how to navigate it: “I learned not to exert too much on oneself and to elevate my self-esteem. I learned to take the initiative towards others, but with continuous self-care,” expressed another participant.

Not only does this counseling program support faith leaders that have experienced trauma, but it also gives them the skills they need to go back and assist their communities. Participants were invited to follow-up Training of Trainers workshops to help them engage with those who might come to them for guidance. According to Father Gaby Hachem, director of the Theological and Ecumenical Department, many groups are still in contact with one another and have participated in follow-up virtual programs.

With each new workshop, the program evolved. Participants expanded beyond rostered ministers to nuns and laypeople. The first workshops were in Iraq and later ones were in Syria and Egypt. Then, COVID-19 hit, and travel and in-person gatherings were out of the question. While new workshops were postponed, the team continued online follow-up with past participants. The previously planned sessions will continue once travel is viable again, says Hachem.

In the midst of the pandemic, tragedy struck again in Lebanon. On August 4th, a set of explosions in the port of Beirut damaged the city for miles and killed 190 people. It shook the city to the core. “The Trauma Healing and Spiritual Counseling team could not but think of all these people and what could be done to help them,” Hachem said after the explosion. “Many MECC contacts who know about the program are calling for the demand to help in this aspect.”

A new program is being developed by the team, targeting youth in Beirut. The goals of these workshops are to help participants understand the disaster and accepting the resulting trauma and the impacts of losing loved ones and property. A group of psychotherapists, pastors, and nuns have already been recruited to guide and support participants. Additionally, the youth will receive training on how to accompany their peers on their healing journeys.

“Our participation was meant by God” 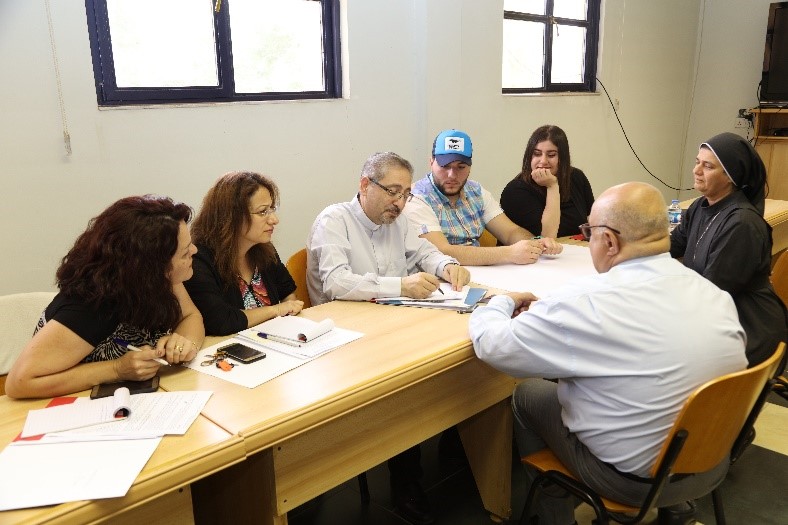 As turbulence continues in the Middle East, the transformative value of the Trauma Healing and Spiritual Counseling program is clear. As one participant stated, “Before the workshop, I was nervous; I used to shout without listening. The workshop gave me a balance within myself. The emptiness and the worries inside me were removed. After the workshop I discovered that I could help [others].”

As participants face their trauma and start to understand their emotions, they can begin a journey of resilience. The experience allowed participants to reframe how they thought about daily problems and approach them from a different angle. “I gained the audacity, courage and self-trust to speak about what we went through with our friends and people,” expressed a participant. “Our participation was meant by God.” With continuous self-care, faith leaders will be in a healthier mindset to continue their pastoral roles in helping their communities heal. By taking mental health seriously and building a network of support throughout the Middle East, the MECC is bringing God’s hope and renewal to communities throughout the region.