Vocation in a Time of Famine

On February 20, 2017, the United Nations formally declared a famine in South Sudan. According to the UN, 4.9 million people, more than 40 percent of the country’s population, are in need of urgent food, agriculture and nutrition assistance. By July, at the height of the lean season, this number could grow to 5.5 million people or about 47 percent of the national population. One million children are already acutely malnourished.

The declaration of famine means people have already started to die from hunger.

In addition to South Sudan, the UN is warning of looming famine in three other countries, as well: Yemen, Nigeria and Somalia. 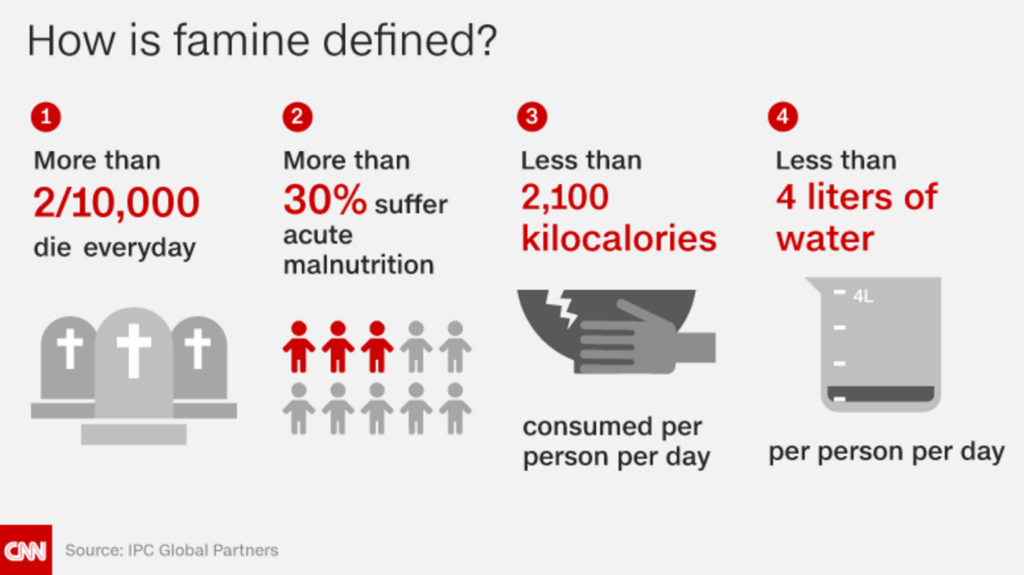 This famine brings up memories of famine seasons past and is interconnected with other challenges in the region. Just last week, the UN warned of the greatest refugee crisis in Africa, the 1.5 million people fleeing the increasing conflict in South Sudan bound for Uganda, which will triple Uganda’s refugee population in just six months.

This weekend, I’m headed to the Sierra Pacific Synod’s high school youth event under the theme verse Psalm 27:14 –  “Wait for the LORD; be strong, and let your heart take courage; wait for the LORD!”

As people of faith, we can take comfort and refuge in this familiar psalm, and yet, we see the ever-present reality of bodily and spiritual hunger. So what are people of faith to do in the “in-between times?”

One of Martin Luther’s many Reformation contributions was to redefine “vocation” as more than just a 9-to-5 occupation. For Luther, according to Swedish theologian Gustaf Wingren, “vocation belongs to our situation between baptism and the final resurrection.” American theologian Frederick Buechner further defines vocation as “where your greatest gifts meet the world’s deepest needs.”

Friends of ELCA World Hunger, what is our vocational call in the face of despair and famine? How might our greatest gifts come to bear to meet the world’s deepest needs? Let us gather, pray, break bread and go out to serve in the many ways God has gifted us — for such a task as this and time as ending hunger.