Is Jesus dangerous and scary?

Victor Barnard was extradited from Brazil by U. S. authorities earlier this summer and returned to Minnesota where he will stand trial for alleged abuses against members of Shepherd’s Camp, a cult-like commune he founded in Minnesota’s Pine County.  For the story of the commune and the alleged abuses perpetrated by Barnard, including the attribution for this photograph, see: http://nymag.com/thecut/2016/06/pine-county-minnesota-sex-offender-victor-barnard.html 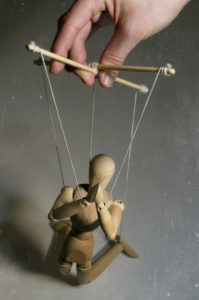 Barnard’s story is similar to that of countless other predators who manage to gather a group of committed followers by using familiar methods of brainwashing.  Such predators appeal to the ideals, values, and good intentions of people who are motivated to seek and to build a better world, convincing them that they – the predators – have special insight and knowledge about how to achieve that goal.

Once a group of followers begins to form around the persuasive teaching of a predatory leader, the leader then isolates the group by physical relocation to a remote place.  Social isolation accompanies physical isolation as followers are persuaded to break all former ties and relationships, especially with family members outside the group.  Everyone and everything outside the group is identified as corrupt and evil; followers are taught to renounce and abandon all aspects of their former lives in favor of the new life they are building together under the direction of the leader.

Physical deprivations affecting diet and sleep are commonly used to erode any resistance on the part of the group, and punishments are commonly used to ensure compliance and conformity with the will of the leader.  The true predatory intentions of the leader are shielded by claims of divinity: the leader promotes himself or herself as God or Messiah to the group, demanding unquestioned and unhesitating obedience to his or her will.

Stories like that of Victor Barnard and Shepherd’s Camp are frighteningly common, involving not only such infamous figures as Charles Manson, Jim Jones and David Koresh but many other predators far less known to the general public.  Accounts of predatory leaders who form a group of followers to satisfy their own perverse ambitions are widespread in print and online media.  Here are links to two examples that seek to explain this phenomenon:

The words of Jesus in this passage – especially in verse 26 – are hard to swallow.  When Jesus says that discipleship means hating one’s parents, spouse, children and siblings, he sounds like the “creepy cult leader” in the news story above, or like any of the other creepy cult leaders who prey upon their followers to gratify their own perverse desires.  At the end of the passage, Jesus talks about having to “give up all your possessions,” which is another of the demands that predators such as Victor Barnard commonly make upon their followers.

If we isolate this passage from the larger context of the Bible, then it becomes not only hard to swallow but downright poisonous and deadly.  The last thing the world needs is more hate, and if the message of Jesus is somehow a message of hate then it doesn’t deserve even a moment of our time or an ounce of our attention.

But this passage – like all other passages in the Bible – cannot be isolated from the larger context of scripture.  In order to understand these verses from the fourteenth chapter of Luke, it is important to let the entire Bible guide our interpretation.

The contemporary English word “hate” expresses extreme emotion, associated with intense anger or revulsion that can prompt a person to violence or other forms of destruction.  The Greek word for “hate” in the New Testament does not have quite the same meaning, because it has more to do with the values, choices and commitments expressed in one’s actions and behaviors and less to do with intense emotion.  Nevertheless, the Greek word translated into English as “hate” is a strong word, and Jesus’ use of that word should not be diluted or domesticated just to make it easier to swallow.

Neither can that troubling word “hate” in the fourteenth chapter of Luke be rightly understood apart from the one who speaks it.  This is, after all, Jesus who speaks in this passage, and the meaning of the words he uses must be understood in the light of his entire life, death and resurrection.  The Good News that Jesus proclaims – the Good News that Jesus is – is not about hate, but about life, hope, and the love of God for all people, without exception.  Anyone who embraces that Good News and endeavors to live that Good News will find himself or herself at odds with people who would rather restrict God’s love to those they consider worthy of it.

In a world that considers only some people worthy of love, worthy of life, and worthy of hope, the radical Good News of Jesus Christ is a very odd sort of message, scarcely comprehensible.  Disciples of Jesus who embrace that Good News and seek to live it fully and passionately will find themselves also regarded as odd and incomprehensible, sometimes including the people they love most dearly!  In these verses from the fourteenth chapter of Luke, Jesus is telling his followers to be prepared for that, to expect it, and to be ready to persist in faith even when it makes them odd and incomprehensible to others.

Using a concordance or electronic search (http://bible.oremus.org/ is one tool) look up other passages in the New Testament gospel narratives where the word “hate” is used.  How similar or dissimilar to Luke 14:26 do those passages seem to you?  As a group, list all the ways that any of you practice the kind of “hate” that Jesus associates with faith and discipleship.

Almighty and eternal God, so draw our hearts to you, so guide our minds, so fill our imaginations, so control our wills, that we may be wholly yours, utterly dedicated to you; and then use us, we pray, as you will, but always to your glory and the welfare of your people, through our Lord and Savior, Jesus Christ.  Amen.

What do you do when you experience pain?

The Pain of Rejection 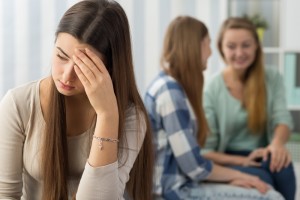 Rejection is something most of us have experienced in our life. But, did you know that the brain experiences rejection as a form of physical pain? So breaking your arm and being rejected by your peers can have similar responses in the brain and can feel equally painful!
Studies have shown that children and teens often experience real and lingering pain of rejection more keenly than others. These feelings of rejection can impact the child’s overall health, both physically and socially. In a study done by Mark Leary, PhD, a professor of psychology and neuroscience at Duke University, 15 cases of school shooters were analyzed and he discovered all but two suffered from social rejection. His research published in the journal Aggressive Behavior says, “Ostracized people sometimes become aggressive and can turn to violence.”
This pain, like any physical pain, can often take time to recover from and cause other issues if not dealt with. It is important that we pay attention to our emotional health and be aware of the impact that rejection can have on others.

Luke 4:21-30
(Text links are to Oremus Bible Browser. Oremus Bible Browser is not affiliated with or supported by the Evangelical Lutheran Church in America. You can find the calendar of readings for Year B at Lectionary Readings
For lectionary humor and insight, check the weekly comic Agnus Day.

In this passage from the Gospel of Luke, Jesus is preaching and teaching in his hometown. The crowd is full of people who have known him most of his life and see him as the son of Joseph. People’s worth was often measured by their parentage in the ancient Hebrew culture so that was an important part of his identity. The people were proud of him, excited to hear what he had to say. That is, until he said something that was difficult for them to hear. Then, they ran him out of town!
It is funny how precarious acceptance can be, especially with people who think they know all about you. You can feel like a well-liked part of a group and then you share an opinion that is not popular and you find yourself on the outside, rejected.
It is important to take note of how Jesus responded to this rejection. In verse 30 it says “but he passed through the midst of them and went on his way.” Jesus seems unaffected by this rejection. He predicted they would respond this way in verse 24 “….no prophet is accepted in the prophet’s hometown”. Jesus, being both fully human and fully divine may have felt this rejection as we do, but he had things to do. He was on a mission. We too, have a calling in life that God has given us. Sometimes rejection can be that thing that pushes us forward but that does not mean it is not painful. Often the pain of rejection can bring a new sense of identity. Jesus was not only Joseph’s son but the Son of God sent to redeem the world.

As a group share qualities that you see in each other. Have each group member share three things they have noticed about the character of the person to their right. This should be a time of affirmation not criticism. As the leader of the group, take time to reflect back the qualities you hear that you see influencing each participants identity.

Lord we thank you for claiming us as your children in baptism. We know that this is our primary identity and that you will never reject us. Please be with us when we feel rejected by others and we pray for those who do not feel accepted by or connected to a community. Help us to welcome them and show them your love.
Amen