Advent Study Series, Session 3: A seat at the table 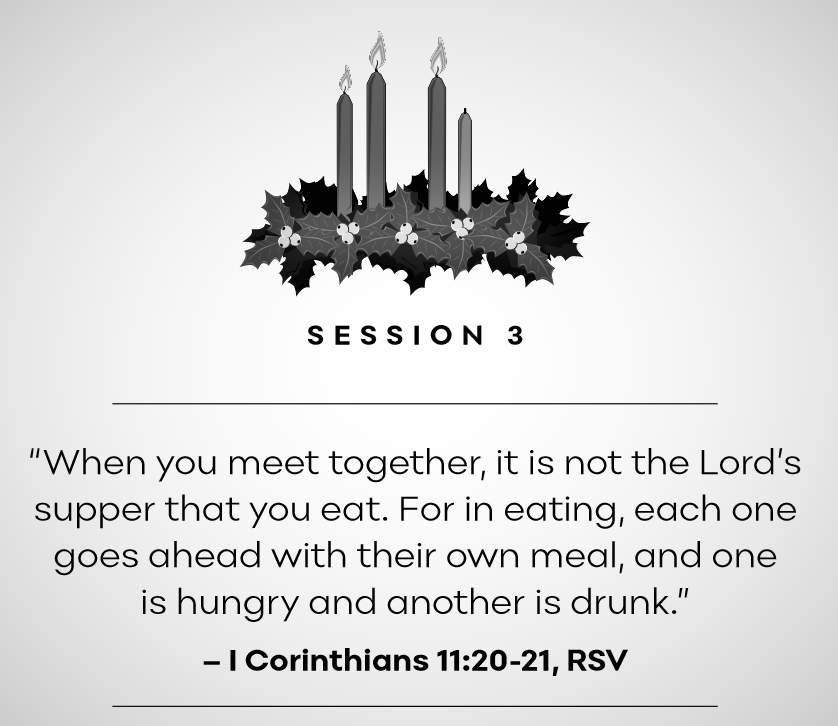 Advent is a season of anticipation, but this anticipation is not passive waiting. Perhaps a better way to describe it is as a season of preparation — we prepare our hearts and minds for the coming of the Christ-child on Christmas. But more than this, Advent is a time for the church to prepare itself for the reign of God that “broke in” to human history on the first Christmas. It is a time to reflect on the year behind and consider the year ahead — and to evaluate both in light of the question: How well do the ministries of our church anticipate the coming fullness of God’s reign?

At a community meal at Unity Lutheran Church in Milwaukee, guests gather around long tables, sharing in the hot meal volunteers serve from overflowing warming trays. The room is full to bursting with families, couples and individuals. Among them are both neighbors dealing with hunger and homelessness and volunteers and visitors sharing in the evening experience. With the exception of the servers, it is impossible to tell at first glance who among the hundred or more diners is a member of which group. All dine together; every seat is an equal station in the room.

The situation in Paul’s Corinth was very different. The meal Paul writes about in his first letter to the Corinthians is a corruption of this kind of community supper. The early meal he refers to is a first-century version of Holy Communion, at which the church would share not just bread and wine but an entire meal. Historian Helen Rhee writes that this meal was a primary way the church served the community. The sacrament, while ensuring that each church member received the means of grace through the consecrated elements, also ensured that the community received the more mundane nourishment of food, particularly for those who were facing the first-century version of food insecurity.

But that wasn’t the way it was working in Corinth. The early church included both members of wealth and members in poverty, according to Rhee, and in Corinth, it appears that the former received their fill while the latter yet again were left wanting: “One is hungry and another is drunk,” Paul admonishes.

This isn’t the first time Paul has written about eating and drinking in the church. In his letter to the Galatians, by some estimates written in the year before the letter to the Corinthians, Paul recollects his brazen challenge to Peter, the apostle of Antioch: “I opposed him to his face, because he stood condemned” (Galatians 2:11). Peter, who used to dine with both Jews and Gentiles, has begun to limit his gustatory activities to more exclusive parties, dining only with Jews. The reason for this, according to Paul, seems to be the presence of a group of Jews (“the circumcision party”) who felt that such intermingling was unbecoming of a Jew like Peter.

Paul disagrees — forcefully. Confronting Peter, Paul charges that his exclusive dining choices are a transgression against the gospel, which teaches that it is Christ alone who justifies and not circumcision. By refusing to eat with uncircumcised Gentiles, Peter is reverting to the belief that it is the law that proves a person worthy of a spot at the table and not the grace of Jesus Christ. And you thought choosing a lunch table in high school was hard!

For Paul, the table is a sign of the reign of God. The community gathered to eat and drink represents the community that will be gathered together in the full reconciliation of God’s coming kingdom. The church, witnessing to the “already-but-not-yet” reign of God, reflects not what is or what has been but what is to come — a banquet to which all will be welcomed and at which all will be filled. Peter’s transgression, like the error of the Corinthians, was to fail to see how the gospel they preached was to shape the life of the church here and now. For Paul, there was no clearer evidence of where the church stood on the gospel than where its members stood on meals.

Paul’s letters — and much of Scripture — invite us to think about the people who join us at our tables. But it would be too narrow a question to ask, who will dine with us this holiday season? For Paul, the dining table was a central symbol of who the church is, but there are so many “tables” at which we choose to sit — or choose not to sit. Our communities are filled with tables — places where we are invited to gather with neighbors, to stand with one another, to advocate for each other and to meet our common challenges together. Will we be like Paul, who envisioned tables as places of grace where all have a place and all are filled? Will we be like Peter, who abandoned the gospel by refusing to dine with unclean Gentiles? Will we be like the Corinthians, whose corrupted table perpetuated hunger?

you sent your Son to invite the world to the heavenly banquet, from which no one will go away hungry. Remember us in our hunger for union with you and fellowship with one another. Inspire us to join with our neighbors at tables together, where we may work together toward a just world where all are fed.

In your gracious name,

To download this entire study, click on the cover image below. To see some of our other congregational resources, please visit www.elca.org/Resources/ELCA-World-Hunger. 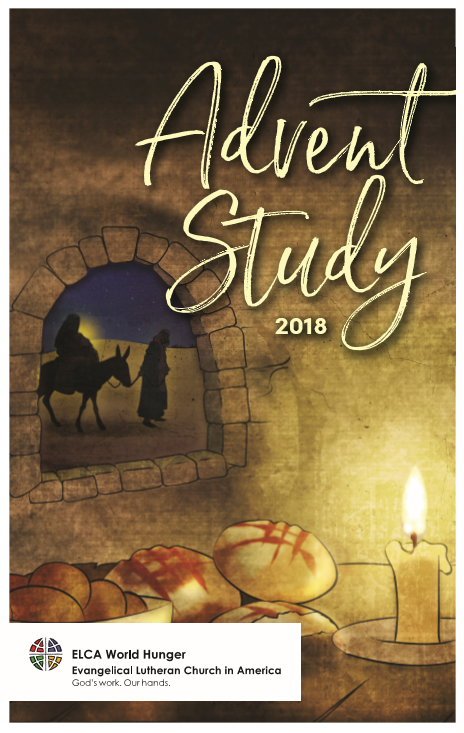 Gifts to ELCA World Hunger are acts of love towards our neighbors living with hunger and poverty both here and around the world. Together, we are creatively and courageously working toward a just world where all are fed.

Sign up here and receive news, information and the latest resources from ELCA World Hunger.